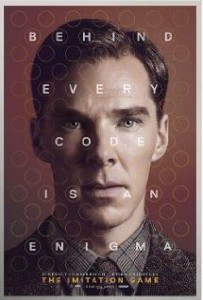 One Response to “The Imitation Game: Alan Turing”