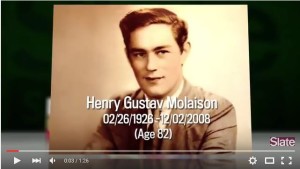 If you have had an introductory psychology course with a section on memory you’ve probably heard about HM, a man who had most of his hippocampus removed an effort to cure his epileptic seizures. HM was Henry Molaison and the consequence of this surgery was that he completely lost the ability to form new long-term memories. Research described in this article conducted by the Institute for brain science in Korea seems to have identified mechanisms by which a memory inhibitor in the hippocampal region is turned off when novel information is presented allowing the hippocampus to process that new information into memory.

Penfield, W. (2015). Mystery of the Mind: A Critical Study of Consciousness and the Human Brain. Princeton University Press.