Description: Antidepressants work wonderfully well in the treatment of the symptoms of depression, right? They have saved us from having no treatment that works or from resorting to ECT (Electro-Convulsive Shock Therapy), right? Well, if you believe these statements to be true then you have been paying attention to what the general media has had to say about the efficacy of antidepressants and you have perhaps also read some of the research literature on the topic as well. But, yes but, these statements may not be entirely true. Leaving ECT aside for the time being, the questions of whether antidepressants work, and if so how well, and for who are harder to properly address AND communicate effectively in research and research publications than you might think. Think for a minute about what sorts of issues might make answers to drug efficacy questions unclear or incomplete and then read the article linked below which lays them out quite nicely. 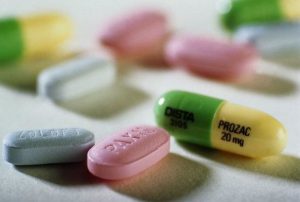 So, are you surprised by what the article had to say? It is common to say things like “research has shown” or “research indicates,” but it is important to understand the ways in which published research is limited in terms of things like positive results bias and the related “file drawer” issues (where researchers dump study results that are non-existent or negative and thus less likely to be considered publishable). So perhaps the efficacy of antidepressants has been overstated. As well, we can consider additional contextual information. When antidepressants based on SSRI’s (selective serotonin reuptake inhibitors), like Prozac, were first released they were typically described in the media as new, effective treatments for depression. They WERE new but studies at the time indicated they were about as effective as the already available antidepressants. Called “tricyclics” because the existing antidepressants effected levels of three neuro transmitters (serotonin, dopamine and norepinephrine) while SSRI’s impact only one (serotonin). This difference at is at least partially reflected in tricyclics having a more complex side-effect profile than SSRI’s. Fewer side effects meant people tended to stay on the drugs and physicians were possibly less reticent about having patients try out an SSRI. So, more people were prescribed antidepressants. This is interesting given the finding reported in the article that antidepressants seem to have moderate effects in people with severe depression and mild or no effect in people with milder symptoms. It raises questions about what we care calling depression and about when or for whom antidepressants are advisable. Oh, and not to mention the findings suggesting that Cognitive Behavior Therapy (CBT) may well be as effective in treating depression as antidepressants. More to think about!

All that aside, it is VERY important to understand how the current research publication processes can limit the data considered when we are dealing with questions about things like the efficacy of widely used drugs like antidepressants. It is also important to understand the limitations of meta-analytic studies which are often described as the collecting together of multiple studies in order to address big deal questions like drug efficacy once and for all. The article linked above makes it very clear that meta-analytic studies may well NOT decide such questions once and for all, despite what claims the popular media make about such studies. So, the next time you see big claims being made about what research results collectively have to say about an issue or treatment you should, after reading the linked article closely, be able to assess how true or how limited such claims actually may be. In terms of antidepressant medications, well, we have a LOT to think about as the answers to seemingly simple questions like do they work, how well do they work, who do they work for and how long do they work for are actually not that simple at all.

Berinsky, A., Druckman, J. N., & Yamamoto, T. (2017). Why Replications Do Not Fix the File Drawer Problem: A Model and Evidence from a Large-Scale Vignette Experiment. https://polmeth.polisci.wisc.edu/Papers/repbias_polmeth.pdf