Description: Sometimes an individual who has confessed to a crime recants or withdraws their confession. What comes to mind when you read that sentence? Knowing nothing else about an individual case, what would you estimate is the likelihood that the person recanting a confession is actually guilty of what they origin ally confessed to? Now consider this fact. Police in the United States and Canada (where the practice if frowned upon) are allowed to lie to possible suspects while they are interrogating them. To what extent might police interrogators lying to a possible subject who then pled guilty change your original answer to the “what comes to mind” question I asked above? Think about that and then read through the article linked below to see what sorts of considerations and research might be involved in trying to sort out these question. 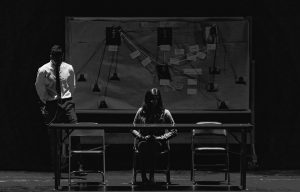 It is hard to wrap one’s head around the circumstances under which an individual might end up confessing to a crime they did not commit. The role that explicit lies by their interrogators might play in their confessions is hard to sort out. Clearly being presented with false incriminating information plays a strong role as reflected by the American Psychological Association’s and a large group of confession experts stated opinions against such police behavior reflects. It is important to note that these positions include the statement that such police behavior can alter a suspect’s memory for the events in question. It is not that they give up and go along with the lies of their interrogators but rather that they come to think that they remember doing things they did not do. IT would seem that in Canada we should perhaps do more than frown upon such police behavior during interrogations and the United States should consider moving well away from condoning such actions. The research data support such changes.