Description: When social psychologists and other psychologists set up laboratory-based study to try and capture some aspects of a real-world situation or experience they are aiming to try and capture its essence or to set up a situation in the lab that contains the phenomenon of interest (they hope) but within a simplified context so that the phenomenon can be seen more clearly. The key in such research design efforts is to convince operationalize the variable or variables of interest – to model them in ways that are simple but seem clearly to involve the central features of that event in the real world. Make sense? Ok, so, this process usually starts with a real-world phenomenon and then drills down to the operationalization which is used in the more controlled laboratory and the researchers hope that as they do so they do not lose the key features of the phenomenon they are interested in studying and they hope that as they explain what they did you agree that their operationalization makes sense. Let’s see if that process works in reverse. Without know what the study is about, which is sometimes they way things are for participants in social psychology experiments, imagine that you are sitting with a social psychologist (or perhaps just in front of a screen designed by a social psychologist) as you have volunteered to be in a study on “social interactions.” It is explained to you that you are in the study situation with another person who is located elsewhere but who is tied in via the same screen you are sitting in front of. It is explained that in this version of the study an amount of money will be “put on the table” and in your part of the experiment you will be shown on screen how much the amount of money is and then the other person will decide how they think the money should be divided between the two of you and the breakdown will be shown on the screen. You then have to decide if you will accept what is being offered as your share of the money. If you accept then you get what was offered to you and the other person gets the rest. If you decline, then neither of you gets any money. Think about how you would behave in this sort of situation? What do you think is being studied? Not sure? How about if it proceeds this way. As you watch the screen the total amount of money available is shown and it is $100, not bad, huh? Shortly after the total appears the other person’s decision appears and it is that you can have $20 and they will have $80, provided you agree. You do not get to do anything but click yes or no. What would you do? What do you think the study is looking at now? Well, if you had a peak at the article title below then perhaps you saw or guessed that the study was intended to be investigating spite. Not simple spite, such as getting the money but then getting to decide how much of an electrical you delver to the “greedy” other in the study but the deeper spite where your refusal of the deal means neither of you gets anything. So, here is a question; what real-world situations involve such actions, involving spite? Think about that for a minute and then have a look through the lined article where the work of a social psychological researcher in this area is described.

Source: ‘Spite’ Looks on the Bright Side of a Dark Feeling, Sarah Lyall, The New York Times. 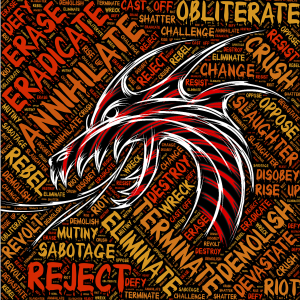 So, did you come up with any of the real-world examples that were suggested by the researcher? Democrats voting for Trump because Clinton edged our Sanders in the primaries? The positions and voting actions of “Leavers” in Britain’s Brexit decision? And what about people who seem to be reacting to being told what to do by refusing to do something that is actually good for themselves and for others, like mask wearing during a pandemic? Or, perhaps, anyone who might be described as having martyred themselves. The martyrdom notions is perhaps the easiest way to see the line of argumentation the researcher (Simon McCarthy-Jones) is using to argue that spite can sometimes be used for good. This argument is worth some additional reflection. Both spite (“cutting off your nose to spite your face”) and martyrdom (dying or losing to draw attention to a cause that is not widely supported) have negative connotations. Perhaps “taking a principled stand” sometimes is the result of positive spin on acts of spite but I am not sure that feels right to me. I am not sure, what do you think? Maybe more research is needed; we need to know more about the context and though processes surrounding people’s decisions when “money is on the table” if we are to clearly see if there are positive facets to spite.

McCarthy-Jones, Simon (2021) Spite: The Upside of Your Dark Side, Basic Books.