Description: You probably already know a bit about how the typical dimensions that make up our big theories of personality were derived. Basically, they are reflections of the dimensions that people have created in their own minds based upon their observations of their own and other social behaviors. Those dimensions make up our Implicit Theories of personality and personality researchers have produced their models by tapping into and mapping out the dimensions that we use but about which we are not fully aware. This means that our current theories on personality are essentially descriptive in that they aim to answer the general question of “What are the ways in which people seem to vary in their social interactions?” (e.g., the core of Individual Difference Psychology). But there is another, larger and more difficult question that involves asking “Why is it that people have the personality profiles that they do?” This second question is not addressed by descriptive models so what to do? Some of the biggest theories in Psychology from Freud through the Behaviorists and beyond are essentially shots at this Why question. One approach has been to suggest that adult personality arises out of infant temperament which seems to be an inherent part of the individual and assessable in very young infants. However, that moves the search but remains focused on externally observable behavior. The theory of temperament, however, goes further in that is speculates that early temperament differences likely have their roots in individual differences in peoples’ brains (neurons etc.). Just as we are trying to find ways to ground our descriptions of mental disorders in brain functioning, there are some fascinating steps being taken to do something similar with our approaches to personality. Think about this; might there be a “personality” dimension anchored at one end by sociopathy/psychopathy and at the other by people-pleasing propensities? How does that dimension feel to you? What if there was research that seems to be linking such a dimension to rather specific neurotransmitter systems in the brain and which is showing that aspects of the social behaviors linked to this dimension can be manipulated in animal studies my manipulating neurotransmitter systems? Have a read through the sat5rticvle linked below to see what some of this research is suggesting! 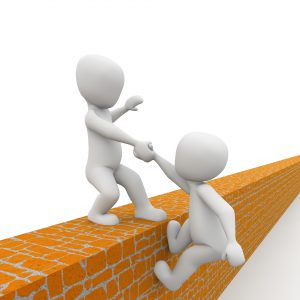 So, people/pleasing and sociopathy can suggestively be seen to possibly anchor the opposite ends of a dimension and it may well be that functioning along this dimension is linked to functioning in the type 2 dopamine system. This suggests some fascinating possibilities though, of course, before we go there much much more research is needed. It IS an interesting addition to the Why line of inquiry in relation to personality though!