Description: OK, quick! Think of an example of something that is disgusting. That did not take long, did it? Theorize for a minute about what \makes something disgusting. Add to your theory a component having to do with possible values of disgust, that is, about what possibly positive roles it might play in our lives and in our social interaction. Got your theory sketched out? I can guarantee you that, as good as it is, it is very likely much narrower than the theories that have arisen from research and reflection for psychologists and others. To see what is missing from your account have a read through the article linked below or listen to a reading of the article. After you are done go and do something distracting to get thoughts of disgusting stuff out of your head! 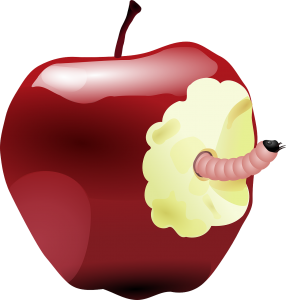 Image by Clker-Free-Vector-Images from Pixabay

So, no surprise that disgust is linked to food and eating. Your theory had that bit in it already, didn’t it? What about the idea that disgust is an emotion… a rather basic emotion that has been harnessed to initiate and drive all manner of social and moral guidelines and restrictions, from eating with your hands to having sex with relatives. Jonathon Haidt’s work on the drawing out of moral codes or factors into, among other things, political speeches show how deep and broad the use of disgust and other core feelings can be seen to be. It is about social discipline but also about how constituencies can vary in terms of the moral palate that they hold dear and to which they respond either when raising concerns about their political opponents or about any “other or others”. Think of how individuals and media outlets associated with the far right in the United States talk about “the Dems” and vice versa.  It all cuts deep … just as the feeling associated with things like disgust can cut deep and shape behavior. Those analysis can help to account for how deeply held some political/social beliefs are held and how resistant they are to discussion or adjustment.