Description: A few years back there was a bit of speculation in the press and around and about regarding the mental state and personality of the then president of the United States, Donald Trump. At the time there was discussion of what is referred to as the Goldwater rule which is part of section 7 of the American Psychological Associations Principles of Medical Ethics. It was involved and named following a number of news article in which psychologists and psychiatrists made statements regarding the mental health of then, presidential candidate Barry Goldwater. Simply put, the Goldwater rule, states that psychologists cannot, ethically, diagnose or impute personality profiles to individuals whom they have not formally examined and assessed. Following them and their antics in the news does not count as appropriate examination or assessment. While this might seem a bit harsh for very public figures like Mr. Trump what if it became a matter of intelligence (as in foreign relations, CIA or CSIS)? In other words, might, today, it be important to have some sort of psychological profile of Vladimir Putin? Well, it turns out there are experts in such things who consult on for or are employed by various intelligence agencies. Listen to the podcast or read the transcript to find out about these folks and a bit about what they have been up to lately. 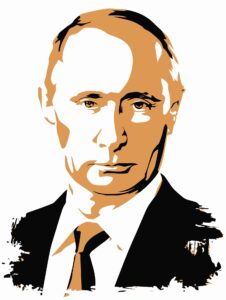 Article Link: Read the transcript or listen to the podcast: https://www.cbsnews.com/news/putin-russia-profiling-world-leaders-intelligence-matters/

What did you think? Applied lifespan developmental psychology in action? The importance of predicting how others are thinking and how they might act (i.e., tactical empathy) is of interest when we are considering country leaders in the world today and critical when the leader in question is involved in an invasion of a neighboring country. No need to the Goldwater rule here, … quite the opposite, lets get to work!