Description: I have been re-watching Game of Thrones recently and as a result have seen a great many depictions of acts of revenge (if you have not watched the series, you can trust me on this). Now it is a bit of a leap to jump from Game of Thrones to the “real world” but think for a moment about why people might take actions that could be called revenge. Is it done to redress problems with the social order of things? Is it done to address individual anger/sorrow/loss? Or, perhaps, is it done because it feels good? If we could monitor the brain functioning (using a brain scanning system) of people involved in acts of revenge, what do you think that data would suggest? Once you have your thoughts in order have a read through the article linked below to see what neuroscience research has to suggest.

Source: Revenge: The Neuroscience of Why It Feels Good in the Moment, but May Be a Good Idea in the Long Run, Geoff Beattie, The Conversation. 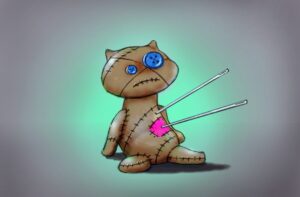 So, the short-term answer is…. It feels good! The area of the brain that is active when something pleasurable is happening, the dorsal striatum, is also active as an individual in an experimental game is exacting revenge. As well people whose brains show higher levels of activity in that brain region engage more quickly and more deeply in revenge behaviours. However, longer term data suggests that acting on thoughts of revenge can, later, lead to negative mood states. Other research suggests thinking about but NOT acting upon actions of revenge could lead to better longer-term outcomes. Not Game of Thrones at all but more research is needed!