Description: Be honest, have you heard or think you heard from somewhere or someone that suicide rates jump up during the holiday season? It seems to make sense doesn’t it that people at risk for suicide might be more at risk during the time a year that focusses upon things like family connections (good or bad), giving (even if you don’t have any money or get anything), and consumer pressures wrought by Black Friday or Boxing Day sales blitzes? Makes sense doesn’t it? Except that there is NO data supporting this claim or belief. Think for a minute about why such a thought or belief might be circulating around in our head or out there in the social world and then have a read through the article linked below to see what the data really does have to say.

Source: Myth The Suicides Peak During the Holidays Could Cause Harm, Alan Mozes, Health News, U.S. News and World Reports. 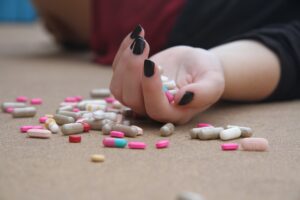 Image by HASTYWORDS from Pixabay

So, only a minority of news articles that talk about suicide and the holiday season properly indicate that there is NOT a rise in suicidal behavior over the holidays. The article indicates that this could be a way to get people to care more for those near them who may be having difficulties in general or with the season. However, the article also suggests that this could actually have the opposite effect if the misreporting of a holiday bump in suicidal behavior acts as a contagion effect. Perhaps it is time to actually pay attention tyo the data and find other ways to encourage people to help those around them during the holiday season (and beyond)!