Description: Very intelligent people are sometimes referred to as “eggheads” which entails a general suggestion that if they’re smart than they must have big brains which by extension would also require big heads making them look like eggheads. The research discussed in this article looks directly at this claim and suggests there is not a lot to it. 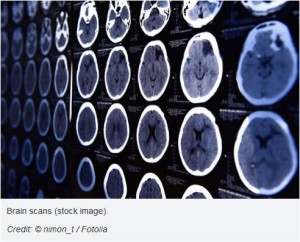 So are big headed people smarter than small headed people? Well if it is the size of one’s brain that makes one intelligent then there are species on the planet other than human beings such as whales and elephants that should be very much smarter than us given the size of their brains relative to the size of ours. The fact that this doesn’t seem to be true is also reflected in a large meta-analytic study described in this research article which drew together data from a large number of studies resulting in a pooled sample of 8000 individuals for whom IQ scores were available as well as detailed brain size information. The research report’s authors indicate having found a weak relationship between brain size, referred to as brain volume, and intelligence and indicate that the weakness of this relationship suggests that brain size alone is an insufficient predictor of intelligence. They also point out that while male brains on average a larger than female brains, there’s no systematic indication that male IQs are higher than female IQs. They go on to suggest that it is the structure found within the brain that it is much more significantly related to intelligence and to adaptation.

Jakob Pietschnig, Lars Penke, Jelte M. Wicherts, Michael Zeiler, Martin Voracek. Meta-analysis of associations between human brain volume and intelligence differences: How strong are they and what do they mean? Neuroscience and Biobehavioral Reviews, 2015; DOI: 10.1016/j.neubiorev.2015.09.017