Description: Do you know what executive function is? Perhaps more importantly inlooking at your own academic performance or perhaps a child’s school performance with there be some value in hiring an executive function coach above and beyond finding a tutor in subjects where you were the child is struggling? This podcast from NPR looks at this question. 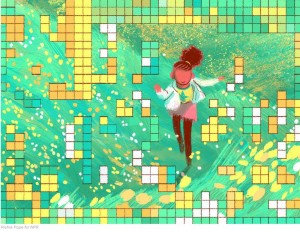 There is a lot of research and, it sometimes seems, even more media discussion about the concept of executive function particularly in relation to children’s academic performances. Executive function is a general meta-cognitive function that essentially involves the exercise of control over one’s thought processes as well as over one’s attention and related cognitive resources. While we are aware that many children who are struggling in school (as well as many youth struggling in University settings) may demonstrate levels of executive function below those of their more successful peers is not entirely clear whether it might be possible through some form of coaching or intervention to close this gap or whether doing so would actually positively impact the participants academic functioning. This is an example of a situation where you would be well advised to take the kinds of claims made by individuals and firms trying to sell you coaching or tutoring in relation to things like executive function with caution. For laying out money is very are asking for be worth doing a little bit of research into whether or not systematic research supports the claims that they’re making.