Description: Have you noticed that there appears to be a correlation between the involvement of citizens in what might be thought of as fringe political perspectives and a belief that there are powerful secret and dark forces conspiring to manipulate how the political and economic world functions? Think for a moment about what holding a conspiracy theory-based worldview might mean in terms of how one would choose to proceed. Would they be more likely or less likely to vote? Would they be more likely to vote for fringe candidates? Would they be more, or less, likely to take non-normative and perhaps illegal action in support of their beliefs? Once you have your hypothesis worked, out read the article linked below that talks about a social psychological experiment that looked directly at these questions and see how your hypothesis are matched with what the researchers found. 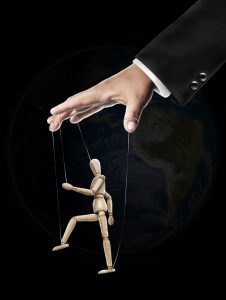 So, how did your hypothesis line up with the findings of the research study? The researchers reported that individuals who are asked to take on a conspiracy mindset were less likely to endorse engagements with existing political entities and were more likely to support engaging in non-normative political actions such as sit-ins or occupations. The researchers indicate that one outstanding question has to do with whether or not those who endorse conspiracies on social media are different in any important ways from those who invent and disseminate them. If there are differences, they may be of causal importance. This line of research seems to be becoming increasingly relevant, politically, these days.

Sternisko, A., Cichocka, A., & Van Bavel, J. J. (2020). The dark side of social movements: Social identity, non-conformity, and the lure of conspiracy theories. Current Opinion in Psychology. https://psyarxiv.com/wvqes/download?format=pdf