Description: You do not often see serious neuroscience on the sports pages of a newspaper. The article linked below is just such an article. Why might it be in the sports pages? Well, start with the fact that there are significant reasons why neuroscientists were so keen to have a close-up look at the brain the article talks about. The brain was found to be similar to that of a 46-year-old boxer. A neuropathologist examining the brain for deterioration rated it at Stage 3 or similar to the brain of a 67-year-old and one that likely struggled with Alzheimer’s or other brain disorder. Given these comparisons, it is surprising to see that the brain the article is discussing belonged to a 27 year old man who had committed suicide while in jail being convicted on charges of murder. Any thoughts as to what the young man did for a living? Read the article and find out, there is a lot there to think about even if you think you already know his profession. 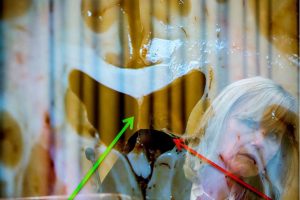 I suppose you DID guess football, although hockey or bull riding would also have been good guesses as well. Chronic traumatic encephalopathy or C.T.E. has raised increasing concerns not just in relation to professional sports but also in terms of the millions of young people who play those sports recreationally throughout childhood and adolescence. The issues involved are not just of scientific interest though as they are raising questions about the safety of the sports themselves. We have seen rule changes in football and hockey intended to reduce or eliminate “head-shots” and we have seen the establishment of concussion protocols that are being strictly enforced with some sports even using “secret observers” (trained people in the seats at games who can phone in a demand that a player be given an immediate concussion protocol based on what happened to them on the field or on the ice or on their sideline or bench behavior. So, are we doing enough? This is the BIG health policy question that we are going to have to consider as the post-mortem brain data starts to roll in from those sports!

Love, S., & Solomon, G. S. (2015). Talking with parents of high school football players about chronic traumatic encephalopathy: a concise summary. The American journal of sports medicine, 43(5), 1260-1264. (sorry, no download link for this one)

Neal, C. W. (2017). The Impact Spectrum of Head Injuries on the Sport of Hockey. http://digitalcommons.uri.edu/cgi/viewcontent.cgi?article=1581&context=srhonorsprog