Description: Imagine you volunteer for a research study. As part of the study you are shown a pair of pictures (two men or two women) and you are asked to pick the one that is the most attractive. After you make your choice you are handed the picture you chose and asked to explain why you chose that picture, or that person, as the more attractive one. Would you be able to provide an explanation? If you are thinking, “sure, yes, of course I could do that” you are not alone, most people have no difficulty providing and explanation for their choices. But what if, after you had provided your explanation, the experimenter explained that they had used some sleight of hand (magician) skills they possess and actually handed you the picture of the person you did NOT select as the most attractive? Sure, you think you would have noticed, but almost nobody does notice in such situations. So here are two questions to puzzle and hypothesize about form an information processing perspective: First, how well, if at all, do you (we) know how we make decisions about things like attractiveness? And Second, why are we blind to changes like the photo swap described above? Once you have your thoughts and hypotheses in place have a read through the article linked below to see what Psychology research suggests.

Source: Choice Blindness: Do you know yourself as well as you think? David Edmonds, BBC World Service. 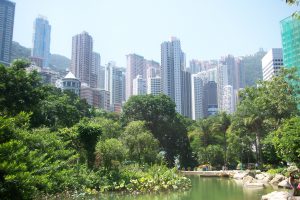 So, did you see the shift from attractiveness rating to political choices and issues related to political polarization coming? It looks like we may not be particularly clear about how we make all kinds of decisions, even ones that we end up voting on. On one hand this suggests we should try and be a bit more consciously analytic about the importance choices we make. On another hand, we perhaps need to think harder about the explosion of social media and “fake news” that has been discussed in the real and the fake news lately as we are likely open to much more influence in terms of our choices, preferences and votes than we realized.