Description: Reflect on this quote for a second: [voters] “… fixated on sexual deviance, embraced conspiracy theories and aligned themselves with domineering leaders “to serve powerful interests and so participate in their power,…”. Does that sound like part of a recently penned effort to account for the patterns of voting during the 2016 American presidential election? Would it surprise you to hear that it is from a book written by a psychologist named Theodor Adorno and published in a book called The Authoritarian Personality, published in 1950? That was before even I was born! Adorno was, like many psychologists after the second world war, trying to understand the large number of supporters following authoritarian, fascist leaders like Mussolini, Franco, or Hitler. He developed a measure called the F-Scale that measured what he saw as a dimension of Authoritarianism in peoples’ personalities. Now Adorno’s theory is rather dated but the question is still worth considering: is support for strongmen and authoritarian figures a result of socio-cultural and historical factors, personality factors, or perhaps even genetic factors? Think about what your own hypothesis are and then read the article linked below that provides an interesting retrospective and current reflection on thee questions.

Source: Is There Such a Thing as an Authoritarian Voter? Molly Worthen, The New York Times. 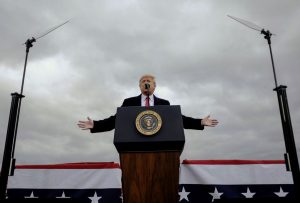 So, now what do you think? I think that Adorno was partly on to something, BUT he was also limited by the assumption that the most important and most interesting influences on our behavior would be found within individuals, in their genes, in their personalities, in their upbringing. I agree with the quote included in the article that we should banish use of the word “determine” from our efforts to explain such thing and focus instead on words like shape, mold, or influence. Our genes are part of how we adapt to our environments (physical, social and political) but NOT a separable part. Support for the current political leader spectrum is a complex biopsychosocial amalgam and, indeed, we learn again that we are not as rational as we would like to believe.