Description: On April 23, 2018, Alex Minassian drove a rented truck into a group of pedestrians on Yonge Street in Toronto killing 10 of them and injuring even more. After his arrest Mr. Minassian admitted the actions with which he was charged. His lawyers are arguing that he should be found Not Criminally Responsible (NCR) for his actions. Mr. Minassian is diagnosed with Autism Spectrum Disorder and his lawyers are arguing that while he is aware of others and of his own actions, he was not capable of taking the perspectives of others necessary for him to understand the social/moral impacts of his actions. Think about what you know or what you believe regarding the criteria used in (Canadian) courts to come to decisions of criminal responsibility and while you are at it, think about what might have been by the term moral insanity (it is an historical term). Once you have your thoughts in order have a read through the linked article below for a look at these questions in relation to the Alex Minassian case.

Source: The question of whether the Toronto van attack suspect is criminally responsible for murder will be a matter of hearts and minds, Catherine L. Evans, Opinion, The Globe and Mail 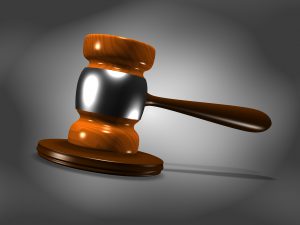 So, the challenge of deciding what NCR might, could, or should involve goes way, way back. Before “modern” Psychology and Psychiatry it was generally believed that those who were “mad” or crazy, defined by being psychotic, delusional, hallucinating, or disconnected from reality could be viewed as NCR and detained for public safety but not found criminally responsible for their actions. Then along came what would eventually be called psychopathy where a person could know precisely what they were doing while doing terrible things and feeling no guilt, empathy or remorse for the effects of their actions on others. This was moral insanity and it provides what courts, journalists and jurists referred to as the “revolting paradox,” in which the more extreme and odious the actions of the accused the more likely they were possessed of such a moral insanity. Today indications of psychopathy, supported by things like the Hare Psychopathy Scale, are most often taken as indicators of a need for harsher sentences in order to protect the public. In this domain, what is new about the Minassian case is that it is being argued in relation to Autism Spectrum Disorder (ASD) which is a very broad diagnostic category (thus the word spectrum) that is not but very rarely associated with court cases relating to planned behaviours that are admitted but perhaps understood (or rather NOT understood) as we might typically expect by the perpetrator(s). The newness of this case means it is unclear how it will resolve, and it also means that regardless of how it does so, issues of stigma, standing, disability and diversity are at issue as well. It will be important to follow how this comes out and where we go from there.