Description: Consider this question. Who is more likely to cheat, someone who just won the competition for someone who just lost? From a social psychological perspective why do you think things will work out this way? After you’ve answered these questions read the article linked below and then think some more about this question. 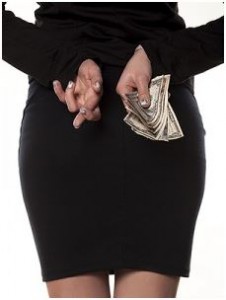 So how did you do? The study in which this article is based suggested that individuals who one a competition were more likely to cheat and subsequent situations than were those lost in the competition. The researchers were also able to show that the subsequent cheating was directed not so much a personal advantage as it was at winning again (or beating others again). The researchers speculate that this effect may have something to do with a sense of entitlement that can occur amongst winners of competitive events seem at least temporarily perhaps to perceive themselves as being better than and therefore more entitled to winnings than their competitors.