Description: Do people who witness acts of aggression or violence against other in their town or cities typically intervene to stop or diffuse the situation? When attacks against Indigenous, Asian, or other identifiable member of minority groups occur as they have recently, how likely is it that you, when hearing of the incidents, wondered why no one intervened? If no one else was present that is one thing but what about when there are others around? If you have taken an introductory psychology course that included a section on social psychology, you have likely heard about the case of Kitty Genovese who was murdered while, it is often told, 38 people heard the attack and did nothing. There has been a great deal of research done looking at this question and it is a good time to take stock of what reality actually involves in this area. So, start with what you think. DO bystanders typically intervene in situations where one person id attacking another or not, and if not why not? Once you have your hypotheses sorted out read the article linked below to see what psychological research, both historical and recent, have to say regarding this matter.

Source: Would You Jump In to Stop an Assault? Andrew Jacobs, The New York Times. 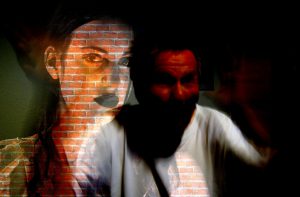 So, bystanders DO rather consistently intervene when one person is being attacked or when a fight is going on. As well, the main reasons for not intervening are typically related to really not knowing what to do or how to do so relatively safely. Further, re-analysis of the Kitty Genovese case accounts suggest that it was improperly reported and not nearly as clear a case of bystander indifference as it has routinely been presented as being. It is very encouraging to see that research is indicating that things are not as bad as we often think and that there are training programs that can help people to understand how to intervene safely and effectively.  Now we need to get THAT word out a far as the older negative accounts got!