Description: What does ESP have to do with science? Well, the typical response to that question is to say that the more tightly controlled experimental tests of Extra Sensory Perception are, the less significant results we find supporting the existence of ESP. Then along came Darrell Bem, a social psychologist/researcher of powerful reputation, who ran a number of studies looking at people’s ability to predict the future. In one study he showed participants a computer image of two screens and explained that there was a picture behind one of the screens and asked participants to predict which screen hid a picture. He also told participants that sometimes the picture would be erotic (pornographic) and sometimes it would not. What happened? Well the published article indicates that when the picture that was to be revealed was erotic, people correctly predicted its location at a rate that was statistically significantly greater than chance. This seemed to suggest that in that condition people were able to read their future minds and correctly predict where the erotic picture was going to appear more often than chance responding would predict (50% on average). WOW. If that finding were “real” would the world seem like a different place to you that it seemed before you heard that finding? I bet it would. BUT before you rush off to start trying to predict pornographic stick prices or whatever wait a minute. The OTHER thing Bem’s article did was precipitate a crisis within Psychology about the replicability of not just his study but of Psychological research in general. Yes, the word crisis was and has continued to be used. You must have heard about replicability in an intro-Psychology class or somewhere. If you try and repeat exactly what another Psychological researcher did in a study, as described carefully in the methods section of their published research article, would you get the same results? Well you would expect to, most of the time, if the original results were statistically significant. Researchers tried that with Bem’s study and guess what? – No significant results. How come? No, Bem did not fake anything. Understanding what happened has important implications for how we things about and particularly how we conduct Psychological research (yup that is the crisis part). So, what is going on? Well, gather your own hypotheses and then go and listen to the podcast that is accessible from the link below and here a very nicely organized, clear discussion of this issue and its implications for Psychological research. It is important. 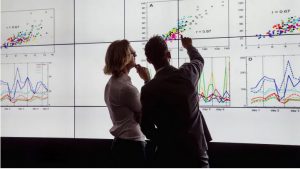 So, what do you think now? It certainly (should) give one pause in relation to Psychological research and it indicates some very clear things that Psychology researchers ought to be doing to address the issues that were raised by the call to crisis. I do not think this means we give up on Psychology as a science, but it does mean that need to do something many of us have a hard time doing (according to research data) and that is listening more closely to statistics and research methodology.