Description: If you wanted to try and predict which individuals in a group of children would later develop one of a number of early onset psychiatric problems such as depression, anxiety, addictions, dyslexia, bulimia, or ADHD what would you include in your list of predictors? How long would you list be? How accurately would your predictions be? Do you think you would be able to make your predictions using only 3 variables and do you think you could do so with 90% accuracy? That would be rather amazing, wouldn’t it? Well, have a read through the article linked below to find out about how researchers at McGill University approached these questions. 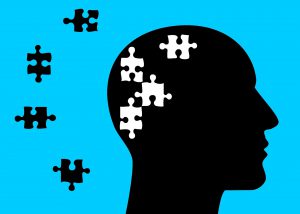 Image by Tumisu from Pixabay

So, issues with dopamine pathways plus early childhood abuse and/or neglect, plus temperamental impulsivity and emotional control issues taken together predict an array of early onset psychiatric issues with 90 percent accuracy. In a way the is similar to the health consequences of ACE’s (Adverse Childhood Experiences and the psychosocial foundations of physical heath and wellness … search ACE on this blog site and elsewhere) the research is suggesting a rather small collection of variables that predict a rather large array of problematic outcomes. So now what? Well, as the researchers indicate more research is definitely needed and they have received funding to do some of that themselves. What is also definitely needed is thought and research into what sorts of (EARLY) interventions can be mounted or focused on those who would benefit from it according to this line of research. What can be done about the dopamine pathway issues? The other two are linked and, thankfully, we have clearer pathways to positive effects there. Parents who abuse or neglect their children are also much more likely to be parents who do not cope with any temperament related challenges their children present. Early intervention programs that identify families at risk for sub-optimal child developmental outcomes and for parent challenges and offer the support of a regular home visitor have been shown to have some positive effects. Comprehensive early childhood education programs beginning with programs like Head Start but also including culturally grounded programs for marginalized groups such as Indigenous people, low SES groups and new immigrant groups also show success. So, there is a LOT that we can do, but perhaps we need to work on doping it more systematically. More research and more research guided intervention is definitely needed.