Description: A group of high school students in the same class all start to show similar symptoms or anxiety and nausea. The school they attend is temporarily closed and a search is undertaken for pollutants or contaminants that could have caused the reported symptoms. None are found though over the week the school is closed another 8 students now at home, report similar symptoms. After a week of investigation with no chemical or other agents found the school slowly returns to normal though there is some secretive discussion about what was “really” wrong with the students and the most common hypothesis is that the illness was psychosomatic or, as some older locals suggested hysterical (an old Freudian term). Now, this case is hypothetical but versions of it HAVE occurred. Think about any thoughts that occurred to you as you read the case description. What comes to mind when you hear something described as psychosomatic? Are psychosomatic symptoms or illnesses real? How should we think of them? And how should be think about and assist or otherwise deal with the individuals who seems to be struggling with psychosomatic symptoms? How common are such cases? Well, think about your answers to these questions and then read the review linked below of a book length account of a number of cases possibly involving psychosomatic symptoms. I am sure you have already heard of at least one or two of the cases discussed in the book and mentioned in the review. 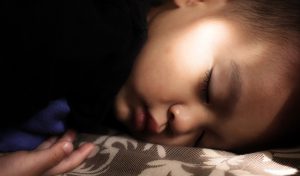 Image by Indra Irawan from Pixabay

So, admit it if you have some trouble separating psychosomatic symptoms from faking as you think about the cases des cribbed in the review. What do you make of such cases? As was noted in passing in the review psychology and psychiatry have, for years, used a version a biopsychosocial model to sort out and talk about the array of factors that influence the presentation of and the severity of physical and mental illnesses. We rather easily put most weight on the bio or biological part of that term. That feels like the important part, the part that makes disorders real. But what about the psych or psychological part? Certainly, we know that how people think about their symptoms can play a role in the severity of their conditions. What about the social part? While we struggle a bit taking the psychological part into account and feel better if there IS a biological part that the psychological interacts with, we really struggle when we try to seriously consider the social part of the biopsychosocial model. There ARE ways to bring it in. For example, the offering of cognitive behavioural therapy to depressed adults in the largely Asian suburb of Richmond outside of Vancouver was a non-starter when it was linked to depression due to the stigma associated with a perceived lack of self-control if one admitted struggling with depression. However, when it was offered as a course on how to train your brain to improve your cognitive functioning, clarity and speed with no mention of depression the program was a resounding success (and significantly reduce the number of cases of depression in the community). Was that sneaky treatment of culturally respectful clinical engagement? In her book, Suzanne O’Sullivan draws us into a number of cases where a social-cultural perspective offers more clarity of understanding of the situation than do explanations without that perspective. How else can we account for an exponential jump in the number of cases of multiple personality disorder encountered by therapists after the publication of the book Sybil or release of the movie The Three Faces of Eve? What about resignation syndrome? Or the Havanna Syndrome? Puzzling to say the least. Maybe we need to broaden our assumed explanatory parameters?

O’Sullivam, Suzanne (2021) The Sleeping Beauties and Other Stories of Mysterious Illness, Pantheon