Description: PTSD is an issue for first responders (Police, fire, ambulance etc.) and for soldiers in the military, right? Well yes, that IS correct, BUT they are not the only ones at risk for developing symptoms of PTSD. If you looked at my previous post about PTSD in general, you will have understood that the signs and symptoms of PTSD reflect the (over-) functioning of areas of our brains that are usually adaptively involved in driving out fight/flight response patterns. Many things such as experiencing or witnessing violent acts can trigger PTSD symptoms as they charge the fight/flight response also refer to as the hypothalamic-pituitary-adrenal axis. While higher centers of the brain (prefrontal cortex) are involved when we anticipate or reflect upon fight/flight responses (though much for slowly than the anticipatory or reactive kicking in of the HPA axis), it is common for us to talk about PTSD being limbic system issue. However, if you think about anxiety and about the hypervigilance associated with PTSD you may be able to see ways in which the reflective and anticipatory thought processes associated with the frontal cortex could play parts in sustaining or even drawing and driving PTSD symptom patters. Think about the string senses of responsibility and duty that first responders and military personal are selected for and trained for and think about how those characteristics could contribute to or even drive PTSD signs and symptoms. OK, now think about parents – specifically about the parents of critically ill children and about how their frontal cortex’s and limbic systems might, over time, react to the situation defined by the critical illness of their child and then listen to the podcast linked below.

Source: My son was in the ICU and I got PTSD: Why the emotional cost of serious illness in rarely treated, Brian Goldman, White Coat, Black Art, CBC Radio 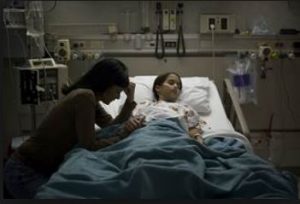 So, did you see the ways in which PTSD in parents and in first responders could be seen to be linked? Issues of duty and responsibility can give rise to feelings of uncertainty and guilt that can trigger or otherwise blossom into patterns of PTSD symptomology. It is well worth thinking about what sorts of things we should think about changing or adding to our health care system in order to anticipate and deal with issues of PTSD among family members of child patients.