Description: When I first started teaching introductory psychology a few decades ago I used to tell students that they had most of the largest number of brain neurons they would ever have at the time they were born. After their birth the number of brain cells dropped due to things like attrition and pruning (neurons that do not get recruited into networks die off). I would usually add that alcohol kills brain cells and so they should perhaps be careful about how much they drank as they were not growing any new brain cells. I stopped offering that particular lecture segment a few years in for two reasons. First, I found and added to my social psychology lectures a section on the powerful positive effect of providing baseline information to students on drinking rates. Students with problem levels of drinking tend to think other students drink as much or more than they do but if you show them the actual data indicating that most students drink less than them, they cut back on their drinking. So, I no longer needed the “drink responsibly” tweak in the section on the brain. Second, I started to run across research talking about the few areas in the brain where new brain cells are generated throughout life. This is particularly true in the hippocampus where it is thought that the ongoing generation of new cells (by the action od stem cells) may play a central role in memory. So, saying one has all the brain cells one is every going to get at birth is not entirely true. If the generation of new cells is important to memory, then might the decline in the rate of that generation associated with aging might be of concern? If so, then if would important if it turned out that there was an identifiable mechanism that drives stem cells to generate brain cells especially if we were to figure out how to limit the decline of that function with age. Have a rad through the article linked below to se how far along researchers are in this important line in enquiry. 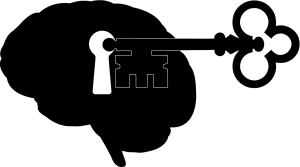 So, it may not be very long before a lamin B1 treatment or perhaps even a lamin B1 supplement could be generally available. Of course, we have quite way to go to get from the mouse-based research results in the linked study to human treatments, but it is very encouraging that we now seem to have some clear ideas about a treatment vector that may be quite useful. Yes, more research is needed but the list of memory linked neuro degenerative conditions and diseases is long and daunting and the results discussed in the linked article are intriguing and encouraging, with further research and developments well worth following.