Description: What might we do to reduce the level of racially based discrimination within a population? You have likely heard of some version of the Exposure hypothesis. It suggests that prejudice might be reduced through exposure to diverse individuals preferably in situations where they work together towards a common goal. Research involving relatively small numbers of individuals seems to support this hypothesis but the step from small, short-term studies to population level outcomes over time is a large one. Can you come up with a study design that might examine this hypothesis at a population level over a long stretch of time (e.g., hundreds of thousands of people over decades of time)? Oh, and relatively inexpensively (e.g., using existing datasets)? Once you have pondered this challenge for a few minutes have a read through the linked article to see what some American researchers came up with a a study design. 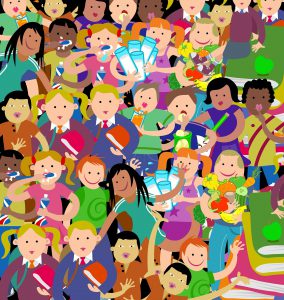 Image by Prawny from Pixabay

One of the largest challenges with using existing datasets to look at population level questions concerns the lack of control the researchers have over ow their variables are defined, or, more pointedly, how their concepts are operationalized. Given this, what are your thoughts about how this was accomplished by the researchers whose work was described in the linked article? The 7-decade time frame was impressive, however, does having voted Democrat work for you as an operationalization of less prejudiced beliefs? How about living next door to a racially distinct individual or family work for you as an operationalization of exposure to racial diverse people included in the exposure hypothesis? As well, this is a correlational study and as such there could be alternative explanations for the results obtained than the one provided by the study authors. Despite their claim that alternative explanations do not fit their data can you think of some alternative causal hypotheses? Despite these issues the study provides some intriguing data!

Sutton, M., Perry, B., & Parke, J. (2007). Getting the message across: using media to reduce racial prejudice and discrimination. Link