Description: Revenge is a dish best served cold. This old saying suggests a number of things but first among them is that it is not a good idea tactically, or we could say, socially, to immediately fly into action to avenge a wrongdoing as it can lead to escalation and have long term social consequences (e.g., if you have not heard of the Hatfields and the McCoys you can look here: https://www.britannica.com/topic/Hatfields-and-McCoys ). We typically say that what is needed is for those who feel wronged to control their anger and to not retaliate or seek revenge immediately but, rather, to examine one’s options and perhaps consider due legal process. But perhaps thee is more going on in such situations that just anger management. Read the article linked below to find out about brain-based evidence that there may be more going on in the control of thoughts of revenge than just ager management.

Source: How the brain suppresses the act of revenge, Science News, ScienceDaily. 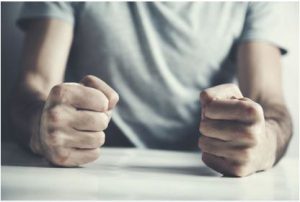 One thing that new research in neuroscience does for us is make us think harder about some things. The idea that once we find, by using brain scans, the areas of the brain that control or direct out behavior that we can stop thinking about that behavior and simply ascribe it to brain differences is overly simplistic. Take the article linked above and the idea of revenge. When some participants in the study reflected on evidence that one of the other players in a game was behaving badly they reacted angrily by exacting revenge on the bad social actor by allotting them fewer resources that the other player who played fair. Other participants continued to treat the bad social actor fairly. Interestingly while there could well have been ethical reflections involved the researchers pointed to the higher level of functioning in the dorsolateral prefrontal cortex’s (DLPFC) of participants who did not leap to their first opportunity to exact vengeance. All participants, according the brain scans, were angry and the other participants bad behavior suggesting that there is more to revenge-seeking than just anger. Why should we not seek revenge against unfair behavior at our first opportunities? Well, think about the implications. It goes to arguments made through the ages against “tit-for-tat” social or eye-for-an-eye justice strategies which usually involve some reflection of the question of where do things stop? It does not mean that we ignore social wrongs and unfair play but suggests, rather, that immediate, angry or “knee-jerk” responses are not good for social stability. It is interesting that out prefrontal cortex seems to have circuitry supporting a more moderate approach to revenge and this suggests that neuroscience is not likely to end social and ethical debate but rather encourage it. Or, we could, like the authors of the research article discussed in the link above wonder if a solution to revenge might simply involve transmagnetic stimulation of people’s DLPFC’s. Hmmmm. There is a fascinating and complex research literature in Social Psychology on the topic of revenge. Have a look at a few recent references from it in the references section below.