Description: Have you heard of General Paresis? No, it is not a military officer. It was the name given to a mysterious collection of symptoms that were regularly seen among adults (usually but not always older) in Victorian London. It started with forgetfulness and progressed consistently into memory loss, delusions, hallucinations and eventually into seizures and death. What caused it was unknown but the ways that symptoms emerged and progressed was predictable and physicians were able to tell their patients they likely had it and that they had a limited amount of time to get their affairs in order before they would need increasing strong support. Such recognizable collections of symptoms with a predictable prognosis but without a known cause are called syndrome. Once the underlying causes are discovered, hopefully treatment are developed, the syndrome label is dropped, and they are referred to as illnesses or the result of identifiable neural damage. In the case of General Paresis, the underlying cause was found to be a venereal infection: Syphilis. Once treatments were developed and applied much closer to the point of initial infection, General Paresis vanished. As an aside, the realization that an underlying biological agent could produce symptoms of what was more generally referred to as Madness or Insanity was very helpful in slowly starting to shift general views of madness away from beliefs that it was the result of bad blood (genes) or a lack of character and towards the possibility that madness might be a mental illness or disease. An interesting bit of history related to abnormal psychology but a bit dated as we now have a much broader and clearer view of the causes of symptom collections, right? Well, no, not so much. In New Brunswick there have been small number of cases identified involving a collection of symptoms starting with uncharacteristic irritability, depression and anxiety, followed by pain, insomnia, loss of balance and coordination, hallucinations and in some cases Capgras syndrome (the delusional belief that loved ones have been replaced by imposters) and yes, people have died from it. The cause? Currently unknown. The belief is that an as yet unidentified environmental factor may be causally linked to this syndrome (NOT a venereal disease) but what might it be. Figuring THAT out will be an important part of coming up with a treatment and being able to suggest avoidance behavior. One early hypothesis was a version of Creutzfeldt-Jacob (Mad Cow) disease, but that does not seem to be bearing up. There are other hypotheses being investigated along with other syndromes noted historically such as one in Guam after WWII. It is frightening stuff. To find out about how this investigation to shift a syndrome over to an illness read one or two of the articles linked below and stay tuned for updates and the investigation proceeds. 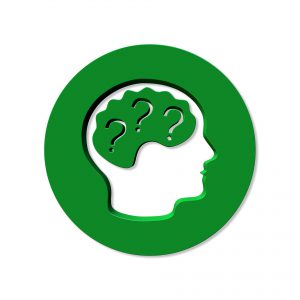 It may seem like situations like this one involving a rare, mysterious syndrome or unidentified brain disease are exceptionally rare given how much we know about the brain and brain-based disorder these days. Well, not to be unsettling, but a great many of the things we refer to as mental illnesses or disorders, are actually still closer to syndromes than illnesses that we would like to believe. Many of the treatment used are symptomatically focused while we continue to dig to try and find the underlying causes. Now, that said, we have a LOT more in the way of effective treatments these days than we used to but we do not have many “cures”. Keep watching, it will be interesting for quite a while yet.

Giménez-Roldán, S. General paresis in 1880: Jaime Vera and his contribution to neuropsychiatry. Link