Description: Okay, at the risk of once more convincing people that academics have particular talents for taking all the mystery and fun out of life, let me ask you to consider the important question of whether parents should continue to lie to their young children about the reality of good old Santa Claus. Even if you have a strong belief on the subject pause for a minute and think about the possible implications of situations where parents over a number of years consistently stick to a position or story with their child that will eventually, inevitably, turn out to be untrue. Oh and before you read the article linked below please remember not to blame the messenger (me!). As a development psychologist I have never been particularly concerned about parents participating in cultural myths and adventures with their children. It sometimes seems like psychologists or psychiatrists dumping on the Santa myth are actually almost as Christmassy as eggnog (albeit more naughty than nice). 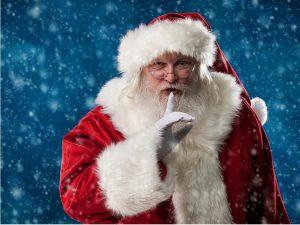 I typically try not to directly offer my own professional views in these postings. However, in relation to things like Santa Claus, the tooth fairy, the Easter Bunny, and other bits of sociocultural fun I feel compelled to point out that they are very likely are some important differences between situations where parents blatantly lie to their children about important life facts and situations where parents and their children jointly participate in shared seasonal cultural events involving stories, myths and characters like Santa Claus. If such activities consistently produced relationship risk we would be a lot more trouble than we seem to be already. As always however, before you form your own opinion on this subject, please seek out what might be available in the way of solid scientific data before settling on an opinion or perspective.