Description: Schadenfreude is a German word which means to take pleasure at the discomfort of others and while this is not something that I would recommend recent work looking at activity in some neurons in the frontal lobes of people’s brains seems to suggest that these neurons are responding to their owners observed experience of positive or negative outcomes for themselves and other people. Think a little bit about how observational learning might have a role to play in our general learning and think about how learning disabilities might involve deficits in observational learning or specifically in processing information obtained through observational learning. After you’ve thought this through have a look at the article linked below and see if it’s what you predicted might be the case. 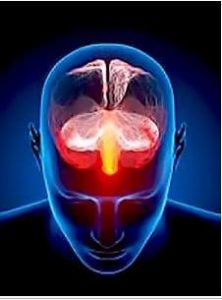 The brain cells in question in this piece of research located in the anterior cingulate cortex area of the frontal lobes of the human brain. The activity levels recorded by electrodes planted there to monitor the formation of firing patterns that are giving rise to epileptic seizures. The researchers also looked at the firing rates of these neurons while they observed individuals selecting cards from a “good” as opposed to a “bad” pile of cards and when the participants themselves experience positive or negative outcomes in similar card game. This area of the brain is been identified in a variety of studies is potentially serving some sort of executive role in human decision-making, that is, how we arrive at decisions. The fact that it responds to one’s own positive outcomes and to the negative outcomes observed in others suggest that it may also be centrally involved in the gathering of information upon which we base our decisions. It might help us to understand why it is that some people with learning disabilities seem to have difficulty learning from their own experiences or in reading social cues in a way that will help them benefit from observing other people’s experiences.