Description: Have you heard of the phantom limb phenomenon? It occurs sometimes in people who have lost a limb but who, at least in the early weeks after the loss feel pain in the limb that is not here anymore. The explanation usually offered is that the areas of the brain associated with receiving pain signals from the lost limb continue to function for a time sometimes reporting on phantom pain. The phenomenon seems to abate over time. In another direction, we know that if an infant has a stroke (rare but yes it CAN occur) they seem to recover any affected motor functions quite quickly. This is attributed to something called plasticity which, in infants, is usually described as their having more neurons than adults and that those additional neurons can be recruited to serve functions lost by stroke damage. This would suggest that neural plasticity abates quickly with age but, is that the case? As well, might phantom limb phenomena be related to plasticity processes? How might we study these things without waiting for infant strokes or adult limb loss and how might we do so more systematically than using a case study approach? Think for a moment about how you would design a more systematic study (do not worry about cost but be ethical) and then see what some neurological researchers recently did in this area by reading the article linked below.

Source: What Happens to Your Brain If You Lose and Arm? Adam Omary, Psychology Today. 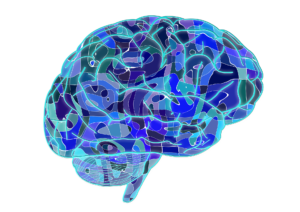 Image by Gerd Altmann from Pixabay

So, having participants’ dominant arm in a cast for two weeks (without having broken it) and then regularly monitoring arm use and scanning their brains for activity changes is an interesting way to study the question of plasticity. There WERE decreases in activity in the brain areas involved in dominant arm movements AND increased in activity in area involved in non-dominant arm movements (as it took up the new slack). There were also losses in grip strength and dexterity in the dominant arm but NO increases in these functions in the non-dominant arm following cast removal and dominant arm function losses were fully recovered fairly shortly after cast removal. What was unexpected were the appearance of occasional disuse pulses or general bursts or waves of neural activity in the dominant arm brain regions while the arm was casted. This is a new aspect of plasticity amounting to “brain exercise” to keep related neurons active and available once limb mobility was returned. We have a LOT more to learn about neural plasticity.