Description: What you know but Post Traumatic Stress Disorder? Specifically, what you know about the possible existence of sex differences? If you’re not sure, think for a minute about what your hypotheses might be. Among children, are males or females more susceptible to post-traumatic effects associated with the experience of traumatic stress? While you may not have a brain-based hypothesis in mind think just a little bit about what the psychosocial implications of exposure to traumatic stress might be and how those might be experienced differentially by male and female children/adolescents. Once you’re given that some thought read the article linked below and see what research in this area is currently suggesting. 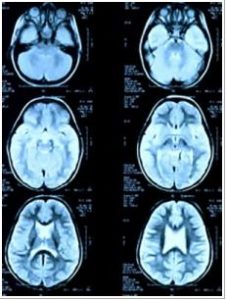 The researchers whose work was discussed in the article linked above looked at two groups of male and female children. The control group included individuals without any exposure to traumatic events while the experiment a group contained individuals who been exposed to one, two or even three traumatic events. The researchers conducted MRI scans of the brains of their research participants. Their particular focus was on an area of the brain called the insula which seems to be involved in the integration of feelings, actions and related brain functions. While it is normal for this area of the brain to get somewhat smaller over the course of adolescent development, the researchers noted that it was significantly smaller in the brains of adolescent girls who had been exposed to trauma when compared to that of traumatized boys and all of the individuals in the control group. The researchers refer to this as a form of accelerated cortical aging and suggest that it may contribute to the observed higher rates of PTSD among female adolescents when they are exposed to traumatic events. They suggest that it might be important to consider this differential effect in areas of the brain having to do with emotional processing when designing treatment programs for male and female individuals coping with PTSD symptoms as a result of traumatic life events. It is interesting to note that the researchers mentioned in passing that this cortical aging may actually account for some of the signs of early puberty in girls who experienced high levels of stress either due to exposure to traumatic events or with living in environments or in historical periods that are particularly stressful.