Description: Discussion and debate about the factors that lead up to the violent actions taken by supporters of Donald Trump in Washington on January 6, 2021 are often wrapped in political stances and loyalties. As the Senate trial of Donald Trump on the single article of impeachment of encouraging insurrection approaches it is useful to step back and consider that there are many examples of people and situations where things were said that may have led to groups taking violent actions. In that, Donald Trump is not new. Common across such nasty historical moments is that speakers do not directly ask or tell their “followers” to go forth and commit violence despite the violence that follows their speeches. So, if they do not directly request or demand violence what does research examining past examples of speech that incited violence indicate may be the factors that causally link the speech with the subsequent violent actions? Think about what might be involved and it may help to think about what was said (and how it was said) by Donald Trump at the Ellipse Park in Washington DC on January 6, 2021 if only because it is a recent example that anyone tracking North American events over the past month or so heard something about. After you have reflected a bit on the possible causal impacts of what was said have a read through the article linked below for some examples of what research into past events suggests.

Source: Incitement to violence is rarely explicit – here are some techniques people use to breed hate. H. Colleen Sinclair, The Conversation. 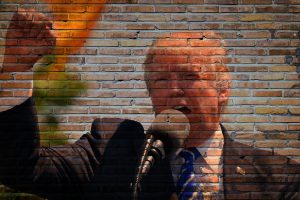 SO, did the discussion of some of the research into speech that incites violence clarify anything for you regarding recent events? Certainly, we have, over the past 4 years, heard a lot of top-down talk containing aspects of Anger, Contempt and Disgust aimed at other countries, immigrants, and political opponents (both Democrat AND Republican). Donald Trump’s speech of January 6 may be seen to have ticked a lot of the content points discussed in the article. It will be interesting to see where legal, political and general social debate goes with the speech and related actions in the coming weeks and the available research on previous speech/violence links can be rather informative.

United Nations (2018) A New Era of Conflict and Violence, Link

Williams, T., & Neilsen, R. (2019). “They will rot the society, rot the party, and rot the army”*: Toxification as an ideology and motivation for perpetrating violence in the Khmer Rouge genocide?. Terrorism and Political Violence, 31(3), 494-515. Link