Description: It is frankly quite alarming how many times the opportunity to have this sort of conversation arises these days. Someone goes on a shooting rampage and we and the media try and figure out why. As a psychologist, I am most concerned that it is too easy for people to say some version of “that person must have been crazy.” Too easy because it diverts out thoughts and attention from the realities of such situations. In a sort of “just world” biased way we say that mass murderers must be crazy, and this means that there is nothing in the sane, rational, world that we can do about such events. Or it turns the lens toward Psychology and Psychiatry suggesting that we need to get our act together to better predict which crazy people are most likely to take up arms. Well, one way to push back on a Just World bias is to suggest that there is no Just World there is Just Us. Have a look through the article linked below for a reasoned, evidence-based overview of the nature of Mass Murders, mental illness and what sets them off (and what doesn’t).

Source: Why Mass Murderers May Not Be Very Different From You or Me, Richard A. Friedman, The New York Times. 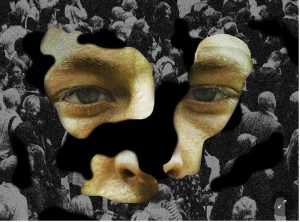 It is important that we look at the data and that we carefully consider what others are offering as explanations of, or as ways of ducking dealing with the conditions that give rise to, the heartbreaking number of mass shootings across the world in recent years. The often ignored fact is that mass murders are no more crazy that the rest of us and that evidence-based statement should bring us back to a focus on the factors that actually ARE causally at play.  As the author of the article puts it “The scary truth is that ordinary human hatred and aggression are far more dangerous than any psychiatric illness. Just think of the many people driven to mass murder because they were fired by employers or dumped by girlfriends. In all likelihood, they were not mentally ill but simply full of rage — and well-armed.” Psychology has a LOT to say that can be helpful – about what is NOT involved and about how our self-serving and self-defensive biases sometime keep us from looking seriously at what it at play – in relation to mass shootings. (the comments linked at the bottom of the article are fascinating too).

Gallant, J. (2005). Belief in a just world as it relates to causal attributions for gun-related incidents and attitudes toward gun control. Fordham University. https://search.proquest.com/openview/9b6f68cea41e25009b033d1446413a37/1?pq-origsite=gscholar&cbl=18750&diss=y