Description: For this blog entry I would like to suggest that you do things in a very specific order. First, click on each of the news coverage links below and read what each of them has to say about a news event that occurred in Calgary in early November, 2015. After you’ve looked at the news coverage links, read the blog entry just below the links and carry on your investigations from there. 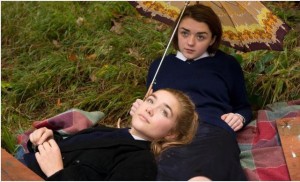 The news articles you read talk about an unexplained incident in which a number of elementary school children showed signs of becoming ill. Hazmat teams were unable to detect carbon monoxide or any other environmental substance or event that could account for the sudden onset and the widespread nature of symptoms amongst the children. Beyond describing the steps taken by the school to evacuate the children temporarily, ensure that the school environment was safe, reassure parents and their children were safe, and eventually the reopening of the school and the resumption of classes the articles all ended by stating in one way or another that the cause of the symptoms of illness remain a complete mystery. There is, however, a perfectly reasonable possible explanation for this event. Unfortunately, this possible explanation involves introducing the concept of psychological contagion, more commonly referred to as mass hysteria.

Before going on to read the link I provided above to a Psychology Today blog entry on this topic and before going on to read any of the references below on this topic I want you to pause and think for a minute about what your reaction would be had you seen a television news account or read a section of a newspaper account suggesting mass hysteria as a possible explanation for the sudden onset of illness in so many elementary school children. Think carefully about what thoughts you may have entertained about what this possible explanation might suggest to you about the children in that particular school at that particular time. My expectation is that you at least had a passing thought or two about the character of those students: for example something along the lines of what happens when overly excitable children get caught up in an overly dramatic way in a perhaps confused social situation. Perhaps you even thought that such a thing would not have happened to you at that age or that the children who did not display symptoms of illness were in some way displaying stronger character, more stable self-concepts, or just more positively grounded mental states. What even passing versions of these kinds of thoughts show us is the subtle and invasive nature of stigma in the area mental health. Specifically, the idea that physical symptoms of illness could routinely be caused psychologically threatens the notion that we are in charge of our selves psychologically and so we assume that showing such symptoms is a sign of weakness. My suspicion is that the media avoided raising this as a possibility so as not to, in effect, “open that particular can of worms”. Larger media depictions of this phenomena typically result in films like The Falling which will fascinating are also edgy that frankly creepy (based on a true event, see the “Tumbling Down link below).

Anyone who has spent a significant amount of time with groups of young children will inevitably have observed the situation where one child becomes dramatically ill, throwing up all over the place, and observed at least one and sometimes several other children being so caught up in the vividness of that event that they themselves start to feel ill or perhaps even start to throw up as well. Even some of the adults will acknowledge feeling less than perfect as the number of vomiting children increases. Young children live very much in the moment and can easily and thoroughly become engaged in whatever is going on around them. Add to this that young children typically experience stress not as a psychological event but as a somatic or physical event, reporting “stress” as a stomach ache or is nausea and the more interesting question become “why doesn’t this happen more often?

The questions for discussion below asked you to consider these events in relation to the concept of stigma associated with the possible attribution of physical illness to psychological events and to think a little bit of what we may need to do individually, educationally, and in terms of public and media awareness to deal with the sorts of issues more humanely and more effectively.