Description: If you believe another person is not thinking properly about something what is the best way to get them change their mind and to think more clearly? If you thought that showing them some facts would be a good idea you are not alone as that is what most people think, especially when the thing being thought about is grounded in science, like the value of vaccinations for example. There is ample evidence that we are not as rational as we like to think we are (not by half!). No news there, but here is a question that may not have occurred to you. If thinking irrationally is so wide-spread how did we survive, evolutionarily speaking? Or put another way, how might we look at irrational thinking as an advantage from an evolutionary point of view? Puzzle on that one for a minute and then read the article linked below for an informative overview of the emergence of research on irrationality and several angles on the question of what used to be in it for us, or rather for our evolutionarily distant ancestors. 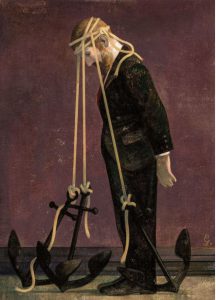 So, our first impressions are powerful enough to survive fact-based refutation and we preferentially perceive data that supports our existing beliefs and fake news continues to influence our beliefs even when we are shown definitively that it IS fake. In what reality could this be of survival value? Well, in a hyper-social, tribally organized one, into which we evolved, where inventions and break throughs created new “realms if ignorance” in which incomplete knowledge is actually empowering. It seems that perhaps we were built (or rather we evolved) more for living in a world with alternative facts than a world of science. Hopefully this makes you want to think harder and more carefully and to rise above where we came from.