Description: In developmental psychology the term resilience has an interesting recent history. It debuted in research in the 1970’s in studies such as one looking at the children of Kuai.  That important study gathered detailed data regarding the prenatal, birth and post-natal experiences of every child born on the island of Kuai in Hawaii in a year year (1955) period and then followed then developmentally for 40 years. The goal was to see what early developmental issues and influences were associated with later emerging developmental challenges, delays or performance shortfalls. A large number of results followed including that birth complications were associated with later emerging learning issues and/or ADHD and diminished school success. One general result was that children who amassed 4 or more developmental risk factors early in life were much more likely to struggle academically and socially in school and other outcomes. One surprising finding, however, was that there were quite a few children who had four of more risk factors who, nonetheless were doing fine and even thriving in school and one through adolescence. For succeeding developmentally despite the presence of risk in their early years these children were called resilient and the researchers dove back into their data to see if they could figure out what things or sorts of things contributed to those children’s’ resilience. What they found was that resilient children had higher IQ scores, were more upbeat and socially outgoing, more perseverant, and despite likely having a dysfunctional family, had one adult (not necessarily a relative) who took special, positive interest in them. These children were said to have resilience almost a kind of trait. Partly as a consequence of the particular array of child specific variables the researchers gathered the idea that resilience was something that individual children had was a large part of the early definition of resilience – viewing them as tough, superkids. More recently, over the past 15 years, research and conceptual work around the concept of resilience has expanded. One important insight into the relationship between early risk and development is that early negative life events or experiences in and of themselves have very little impact upon children’s development. Essentially risks only seem to turn into developmental harms if they are, in some way, carried along with the developing child. That is, early risk only become developmental harm when it damages some ongoing developmental support of cognitive or social developmental process such as a disruption in early literacy and vocabulary development or a disorders or sub-optimally competent parent who acts in ways the thwart the development of a secure attachment relationship. Poor literacy foundations or an insecure base attachment are essentially examples of noxious developmental baggage that travel with the developing child either through concepts or outlooks or abilities they have internalized or in the form of ongoing negative or noxious relationships. This led to the realization that resilience is better thought if in relational terms, as a through development process. Resiliency researchers and theorists now speak of ecologies of resilience that surround and engulf or support developing children rather than being a set of internal characteristics that children may or may not possess. Now…. I have provided this rather wordy introduction to this article post as I believe it is important the that larger developmental conceptualization of resilience be kept in mind as a sort of outrigger to keep you from tipping too strongly into a new version of the old resilience in inside of certain children view when you read the article linked below. Think of what the stress related implications might be for a child growing up in a neighbourhood rife with violence, threats and dangers. The researchers looked at children living in an array of Chicago neighbourhoods, many of which, indeed, are quite dangerous as reflected in the rates of gun violence and other indicators. So, how are those children doing in terms of the sorts of stress related reactions that have been linked to things like PTSD? Most specifically, are there differences in the brain structures of those children that seem to be more resilient while living and developing under these sorts of conditions? Read the article and see what they found. 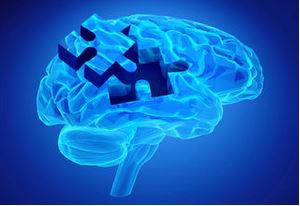 Questions for Discussion: OK, this brain scan research suggests that resilience “under fire” may be related to superior executive function driven by the parietal frontal areas of the brain. What might this mean? Well, it is important to reflect carefully on the researchers’ (very appropriate) statement that their findings are correlational. Are the resilient children resilient because they had better functionality in the particular regions of their brains (genetically) or did those parts of their brains get that way as the result of the particular resilience ecologies that surrounded them as they developed to the point at which their brain structure and function were assessed. The researchers mention the potential value in developing training that would support the development or augmentation of those brain areas and the most important question is what would that “training” look like? How closely would it end up looking like the sorts of relational experiences researchers have been looking at in recent years as part of their work on the ecologies of resilience. It would be rather interesting to link these different levels of analysis!

One Response to “What Parts of Resilience are in the Brain?”