Description: Why do you think people fall for (believe) fake news stories? Is it because they simply want them to be true (confirmation bias – I KNOW that politicians are crooked!) when they align with our partisan leanings (It all political right?). Or, is it that we just find that we cannot build up enough concern to care to check sources – we are mentally lazy? Or do you have another explanation? Well, sort out what your hypotheses are and then read the article linked below in which a couple of Psychologists (one Canadian and one American) go through what light Psychological research can shine on this increasingly current and topical question. 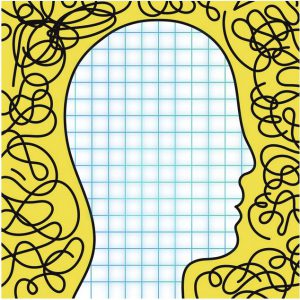 So as is often the case, there is something to both general theories of why we bite on fake news. Each theory looks at a different part of the issue. The brighter we are the better we are at rationalizing that what we WANT to believe is what is true regardless or even in the direct face of opposing data. On the other hand, it turns out that using our reasoning skills and thinking analytically actually leads to clearer thoughts (thank goodness!). Thinking analytically rather than going with our “gut” or intuitions makes us less superstitious, les likely to buy conspiracy theories and less likely to accept vague or over generalized assertions. So maybe we buy into fake news when we are being cognitively lazy. In their own research the authors of the linked article showed that people who are better at reflective reasoning (sample test questions here: https://mindyourdecisions.com/blog/2013/06/24/can-you-correctly-answer-the-cognitive-reflection-test-83-percent-of-people-miss-at-least-1-question/ ) were significantly better at telling facts from falsehoods regardless of how what they were reading related to their political beliefs. So work at NOT being a lazy thinker and you will be safer from the potential influence by fake news.