Description: How do you think living in a city, a large city, as opposed to a small town or in the country impacts your physical and mental health? From a genetic or sociobiological (long-term historical) perspective we are clearly not adapted to living in large urban environments. So what might some of the effects be and what might be some of the areas in which we need to focus our attention if we are to make city life tolerable and potentially even positive? 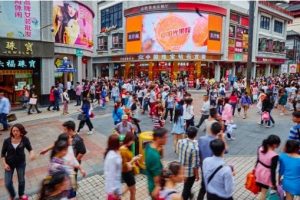 As the author of the article linked above indicates, the city of Shenzhen in China went over the course of 40 years from a relatively small village of about 30,000 people to a region with a combined population of about 57 million. There are many psychological impacts associated with this massive increase in social complexity. Not the least of these is the observation that mental-health issues account for about 20% of the city’s overall disease burden which makes it the highest rate of adult mental illness in any Chinese city. Clearly there population psychological health issues associated with this exponential rush towards urbanization. If we are to rise to the challenge of finding ways to live healthy in urban environments we need to learn from the experiences of areas like Shenzhen.